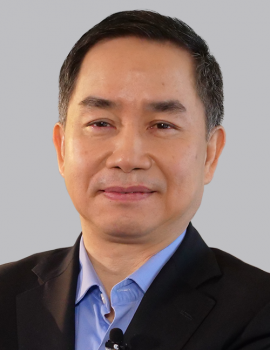 Professor Chen is a frequent contributor to media publications in China on topics of economic policy, market development, institutional reform and historical research. His work has been widely published and regularly featured in major newspapers and magazines in the United States, Hong Kong, China and many other countries. His Chinese books include: How Is Wealth Created? (2005), Media, Law and Markets (2005), Why are the Chinese Industrious and Yet Not Rich (2008), Irrational Overconfidence (2008), The Logic of Finance (2009), 24 Wealth Lectures (2009), Assessing China’s Economic Growth of the Past 30 Years (2010), On the China Model (2010), The Logic of Finance 2: Path to Individual Freedom (2015), Introduction to Finance (2018) and Introduction to Investment (2019). He is currently working on a book manuscript, The Logics of Civilizations, that explores a number of human innovations, including mythology or magic and supernatural beliefs, technologies, social structures, cultural norms, religions, financial markets, and the welfare state. He has received research awards including the Graham and Dodd Award (2013), the Pacesetter Research Award (1999), the Merton Miller Prize (1994), and the Chicago Board Options Exchange Competitive Research Award (1994). He has also received a number of book awards in China and Hong Kong, among which are 23 awards for The Logic of Finance in China and Hong Kong, and the best book award from hexun.com for Why are the Chinese Industrious and Yet Not Rich.