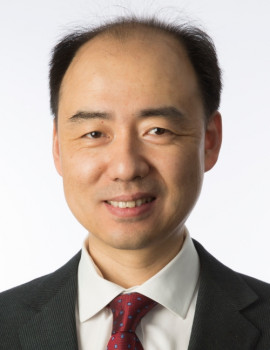 Mr Ma Jun began his career in 1993 working for the South China Morning Post, where his research on China’s environmental problems spurred him to publish the 1999 book China’s Water Crisis. In 2004 he was selected as a Yale World Fellow. In 2006, he founded the non-profit organization the Institute of Public & Environmental Affairs (IPE) in Beijing, China.

Mr Ma has led the development and launch of China’s first environmental public database, the China Pollution Map, as well as the Blue Map (Weilan Ditu), a mobile app that helps the public use “micro-reports” against environmental violations and polluting rivers, facilitate garbage sorting and recycling, as well as promoting biodiversity conservation. The green supply chain and green finance program and public supervision he and colleagues initiated has motivated more than 16,000 companies to openly address their violation problems or disclose emissions data. Ma Jun led the development of Dynamic Environmental Credit Risk Assessment, which enables major banks and financial institutions to help with green recovery after the pandemic through solid green finance practice. Most recently, he and his team are developing digital solutions to promote carbon disclosure and facilitate regional carbon peak and carbon neutrality.

In 2006, he was awarded as China’s “Green Person of the Year” and was named as one of TIME Magazine’s World’s 100 Most Influential People. Ma was also honored with the Magsaysay Award in 2009 and Goldman Prize in 2012 for his environmental protection work in China, as well as the 2015 Skoll Foundation Award for Social Entrepreneurship for his innovative approach to address China’s pollution problems. In 2019, Ma was invited as a Special Observer by the Ministry of Ecology and Environment in China.