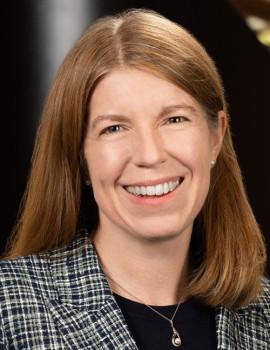 Professor in the Department of Government, Harvard University

Christina L Davis is a Professor in the Department of Government at Harvard University as well as the Susan S. and Kenneth L. Wallach Professor at the Radcliffe Institute. She serves as the Director of the Program on U.S.-Japan Relations at Harvard, and as the Co-Executive Editor of the Japanese Journal of Political Science. Her teaching and research interests bridge international relations and comparative politics, with a focus on trade policy. Her interests include the politics and foreign policy of Japan, East Asia, and the European Union as well as the study of international organization. She is the author of Food Fights Over Free Trade: How International Institutions Promote Agricultural Trade Liberalization (Princeton University Press, 2003) and Why Adjudicate? Enforcing Trade Rules in the WTO (Princeton University Press, 2012), which won the International Law Book Award and the Chadwick F. Alger Prize from the International Studies Association and the Masayoshi Ohira Memorial Prize. Her research has been published in the American Political Science Review, Comparative Politics, International Security, Journal of Conflict Resolution, Journal of Politics, and World Politics.