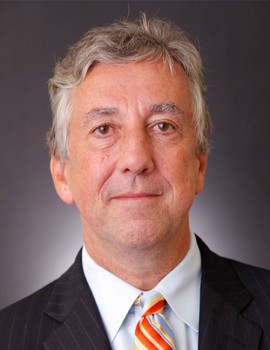 Rob Johnson serves as President of the Institute for New Economic Thinking and a Senior Fellow and Director of the Global Finance Project for the Franklin and Eleanor Roosevelt Institute in New York.

Johnson is an international investor and consultant to investment funds on issues of portfolio strategy. He recently served on the United Nations Commission of Experts on International Monetary Reform under the Chairmanship of Joseph Stiglitz.

Johnson was an Executive Producer of the Oscar winning documentary, Taxi to the Dark Side, directed by Alex Gibney, and is the former President of the National Scholastic Chess Foundation. He currently sits on the Board of Directors of both the Economic Policy Institute and the Campaign for America’s Future.

Johnson received a Ph.D. and M.A. in Economics from Princeton University and a B.S. in both Electrical Engineering and Economics from the Massachusetts Institute of Technology.