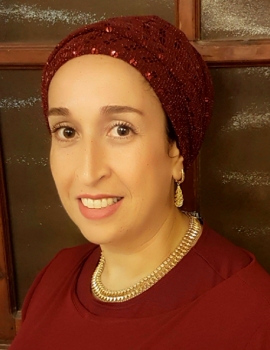 Esther David is a senior lecturer in the Department of Computer Science at Ashkelon Academic College, Israel, since 2006. She received her Ph.D. from the computer science department at Bar Ilan University under the supervision of Prof. Sarit Kraus. She spent three years (2003-2006) as a post doc researcher at the Intelligence, Agents and Multimedia (IAM) group under the supervision of prof. Nick Jennings at Southampton University, UK.

Dr. David 's research is broadly in the areas of artificial intelligence including (but not limited to) autonomous systems and multi-agent systems, electronic commerce, mechanism design and online auction.

Dr. David received funding from the Israeli Ministry of Science technology and space in 2013 and 2015 for the Israeli-Taiwanese scientific research cooperation on the area of cyber security. She has been the co-organizer of the Agent-Mediated Electronic Commerce workshop collocated mainly with the international Joint conference on Autonomous Agents  and Multi-Agent   (AAMAS) since 2009.

Dr. David has published  over 50 publications in leading AI conferences and Journals.