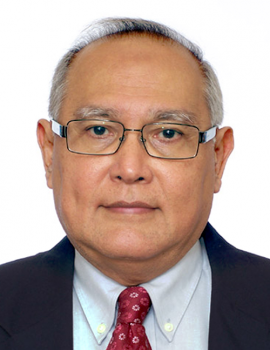 Barry Desker is the Distinguished Fellow at the S. Rajaratnam School of International Studies (RSIS), Nanyang Technological University.  He is a Member of the Presidential Council for Minority Rights, Singapore and a Member of the Board of Directors of the Lee Kuan Yew Exchange Fellowship.  He is also Singapore’s Representative and current Chair of the ASEAN Inter-Governmental Commission on Human Rights (AICHR).

From 2000 to 2014, he was the Director, Institute of Defence and Strategic Studies and served as founding Dean of RSIS from 2007 to 2014.  He was the Chief Executive Officer of the Singapore Trade Development Board from 1994 to 2000 and Singapore’s Ambassador to Indonesia from 1986 to 1993.

Ambassador Desker is currently also Non-Resident Ambassador of Singapore to the Holy See and Spain.