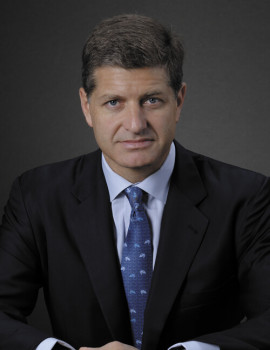 Vincent Duhamel is the Head of Asia for Lombard Odier, responsible for Asia-Pacific and Japan.

He joined Lombard Odier from one of the largest family offices in Asia where he served as CEO. Prior to that, he was a Managing Director at Goldman Sachs in Hong Kong serving as Head of Asia (ex-Japan) for their Asset Management and Global Official Institutions business. He moved to Asia in 1997 as the Chief Executive for Asia and a member of the Global Executive Committee of State Street Global Advisors’ business. During that period, Mr Duhamel was one of the key architects behind the market intervention and disposals of assets by the Hong Kong Monetary Authority, in addition to being the project manager in assisting the Social Security Fund of China developed its investment processes and policies.

He has been actively contributing his expertise through public duties. He is a member of the Operations Oversight Committee which is a part of the Financial Reporting Council, Hong Kong and Advisory Committee of the Securities and Futures Commission. He has also served as a Governor of the CFA Institute from 2000 to 2008 and as Vice-Chairman and Chairman of the Board of Governors in 2006 and 2007 respectively.