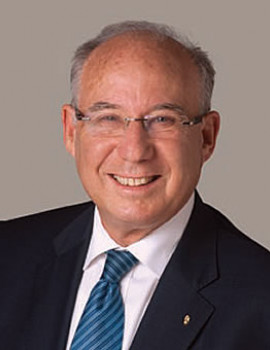 Chairman of the Board of Trustees, Group of Thirty

He was the Economic Counselor and Director of Research at the International Monetary Fund (1987-1991) and the David Rockefeller Professor of International Economics at the University of Chicago (1973-1987). He is a Laureate of the 2002 Israel Prize in Economics, and a recipient of numerous prizes, honors and awards from various Universities and Governments. He also served as Chairman of the Board of Governors of the Inter- American Development Bank (1995-1996) and as Vice Chairman of the Board of Governors of the European Bank for Reconstruction and Development (1999-2000). He is also a Fellow of the Econometric Society and a Foreign Honorary Member of the American Academy of Arts and Sciences.