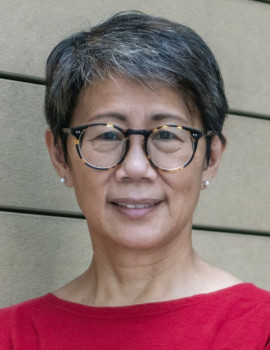 Christine Loh served as the undersecretary for the environment in the HKSAR Government from 2012-17. She worked with her Mainland Chinese counterparts to define new policies to control shipping emissions, an area of work she pioneered prior to joining the HKSAR Government, which has changed China’s national policy in this area. She created new dialogue platforms between the government and business sectors in order to strengthen Hong Kong’s capacity to meet environmental challenges.

Loh was the CEO of the independent, nonprofit policy think tank, Civic Exchange from 2000-12. Prior to that, she had a highly successful career in legislative politics from 1992 to 2000. Prior to her career in politics, Loh had a 14-year career in the private commercial sector. She was engaged in commodities trading and strategic planning for Philipp Brothers, which became Phibro Energy, a division of US multinational Salomon Inc. (subsequently Salomon Smith Barney and then Citigroup).

Loh has been involved with non-governmental organization activities ranging from the arts to the environment to urban development to equal opportunity to constitutional reform. She has established various NGOs, as well as served on the boards of and chaired many such organizations. She is well known for her work in designing and facilitating multi-stakeholder dialogue processes to help deepen and broaden understanding on public issues.

She currently serves as director and trustee of CDP Worldwide, a London-based organization that runs a global disclosure system for companies, cities, states and regions to manage environmental impacts, and she is a director of the Global Maritime Forum, the Robert HN Ho Family Foundation, as well as a member of BASF’s Stakeholder Advisory Council, and HSBC’s Climate Advisory Panel.