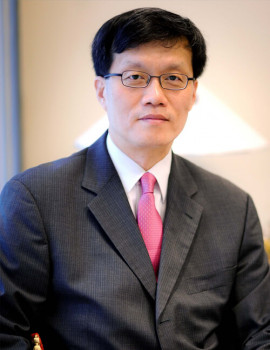 Changyong Rhee, as the ADB's Chief Economist, is its chief spokesperson on economic and development trends. He oversees the Economics and Research Department, which produces the ADB's flagship publications.

Dr Rhee has over 20 years of professional experience as an economist, financial advisor, and academic. He was the Secretary-General and Sherpa of the Presidential Committee for the 2010 G-20 Seoul Summit, as well as Vice-Chairman of the Financial Services Commission (FSC) and Chairman of the Securities and Futures Commission of Korea.

Prior to his appointment at the FSC, Dr  Rhee was a Professor of Economics at Seoul National University and Assistant Professor at University of Rochester. He was also a frequent and active policy advisor to the Government of Korea, including in the Office of the President, the Ministry of Finance and Economy, the Bank of Korea, the Korea Securities Depository, and the Korea Development Institute. His key research interests include macroeconomics, financial economics, and the Korean economy. He has published many papers in these fields.