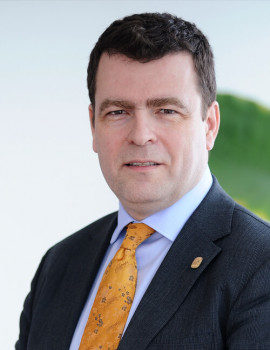 Roland Decorvet joined the Nestlé Group in 1991 and took over as Chairman and CEO of Nestle China in March 2011. Prior to heading Nestlé in China, Mr Decorvet was Market Head of Nestlé in Switzerland and previously was also Market Head for Nestlé in Pakistan from 2004 to 2008. His Greater China experience includes leading Nestlé’s operations in Taiwan as Country Manager from 2002 to 2004 and as head of Nestlé’s Grocery business in Hong Kong in 2001.

Preceding these key regional responsibilities, he obtained extensive in-depth knowledge of the Chinese mainland from 1992, having held various positions in marketing, sales and productivity management. He speaks French, English, German and Mandarin.

Mr Decorvert completed his Master’s studies in the Faculty of Business and Economics of the University of Lausanne, Switzerland, and is a graduate of the IMD (Lausanne) Programme for Executive Development.