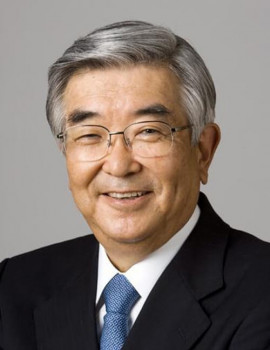 Mr Saito started his career with Nomura Securities Co Ltd where, after two postings in New York, he was appointed a member of the board. He worked in treasury and fixed-income dealing and several other divisions. He served as Deputy President and in many other executive roles.

After Nomura, he served as President, then Chairman of Sumitomo Life Investment Co Ltd. He also served as President of the Industrial Revitalization Corporation of Japan, a governmental body established to tackle the country's non-performing loans problem, where he engaged in corporate restructuring programs.