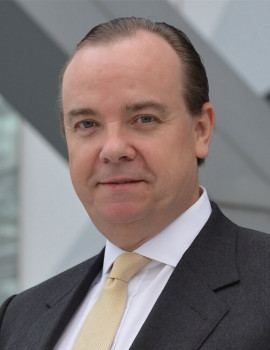 Stuart Gulliver is Group Chief Executive of HSBC Holdings plc. He is also Chairman of The Hongkong and Shanghai Banking Corporation Limited, a position he has held since January 2011, and Chairman of HSBC France.

Since joining HSBC in 1980, Mr Gulliver has held a number of key roles in the Group’s operations worldwide, including postings in London, Hong Kong, Tokyo, Kuala Lumpur and the United Arab Emirates.

He attended Oxford University where he received a Master’s degree in jurisprudence.