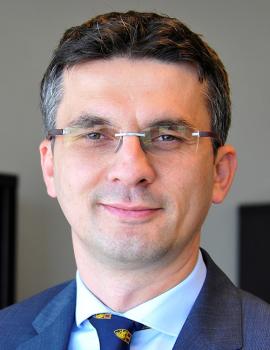 Husein Reka is New Asia Global Fellow with Asia Global Institute, specialising in national health system reforms. He is currently conducting a public policy research on health system challenges and the rationale for reforms in the Far East.

Earlier, he served as Chief Transformation Officer at the Program for Health Assurance and Purchasing of the Ministry of Health of Saudi Arabia. While there, he was responsible for the overall development and implementation of a new healthcare financing scheme in the country as part of the national Vision 2030.

Over the past 12 years he has been instrumental in several healthcare reform initiatives in the Middle East region and beyond. At the healthcare financing reform in Qatar as part of National Health Strategy 2011-2016, he led the development and implementation of the first national health insurance scheme. In Kuwait, he has served as a strategy advisor for health system reforms as part of New Kuwait Vision 2035. He has also served as a Senior Advisor for Healthcare Financing to Minister of Health of Kosovo.

Prior to this, Reka was a Director at the Health Insurance Fund of Macedonia tasked with managing international health insurance and implementation of conventions for social security. He also worked as a consultant focusing on health economics at a specialist consultancy in the UK.

Reka holds an MBA from the Imperial College (UK) with additional degrees in Health Economics (University of York) and International Health Policy (London School of Economics) as a Chevening scholar. He is also a qualified pharmacist.