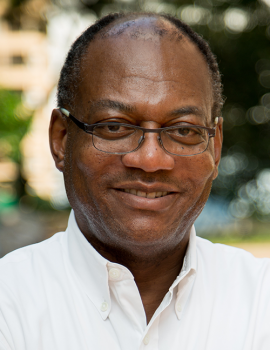 Keith Richburg spent 34 years with The Washington Post as a reporter, editor and primarily a foreign correspondent. Starting as a summer intern and City Hall reporter, he moved to the Foreign Desk in 1986. He was the Post’s Bureau Chief for Southeast Asia based in Manila from 1986-90; Bureau Chief for Africa from 1991-1995; Bureau Chief for Hong Kong and Southeast Asia from 1995-2000, covering the Hong Kong Handover and the Asian economic crisis; Bureau Chief in Paris covering Western Europe and terrorism from 2000-2005; and Bureau Chief in China from 2010-2013, based in Beijing and Shanghai. He was also The Washington Post’s Foreign Editor from 2005-2007. He covered the war in Afghanistan, riding in on horseback with Northern Alliance troops in 2001, and he reported on the 2003 invasion in Iraq and the Second Palestinian intifada on the West Bank and Gaza.

Mr Richburg's coverage has won numerous awards, including two George Polk Awards, and was a Pulitzer Prize finalist. His 1997 book, “Out Of America,” chronicles his travels across Africa. He has taught journalism at Princeton University and was a Fellow at Harvard University’s Kennedy School of Government. He is currently Professor of Practice at The University of Hong Kong and Director of the Journalism and Media Studies Centre.