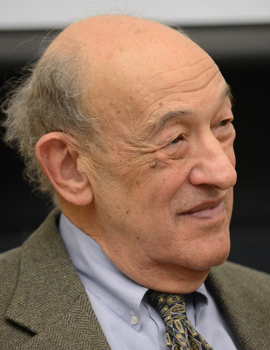 Ezra F. Vogel received his PhD at Harvard University in 1958 in Sociology in the Department of Social Relations and was professor at Harvard from 1967-2000. In 1973, he succeeded John Fairbank to become the second Director of Harvard's East Asian Research Center. At Harvard he served as Director of the US-Japan Program, director of the Fairbank Center, and as the founding director of the Asia Center. He was the director of the undergraduate concentration in East Asian Studies from its inception in 1972 until 1991. He taught courses on Chinese society, Japanese society, and industrial East Asia. From fall 1993 to fall 1995, Vogel took a two-year leave of absence from Harvard to serve as the National Intelligence Officer for East Asia at the National Intelligence Council in Washington. In 1996 he chaired the American Assembly on China and edited the resulting volume, Living with China. His book Japan as Number One (1979), in Japanese translation, became a best seller in Japan, and his book Deng Xiaoping and the Transformation of China (2011), in Chinese translation, became a best seller in China. Among his other works are Japan's New Middle Class (1963), Canton Under Communism (1969), Comeback (1988), One Step Ahead in China: Guangdong Under Reform (1989), and The Four Little Dragons: The Spread of Industrialization in East Asia (1991).  He has spent a total of over five years in Asia conducting research. He lectures frequently in Asia, in both Chinese and Japanese. He directs a weekly speaker series for the Fairbank Center on Critical Issues Confronting China. He has received numerous honors, including eleven honorary degrees.