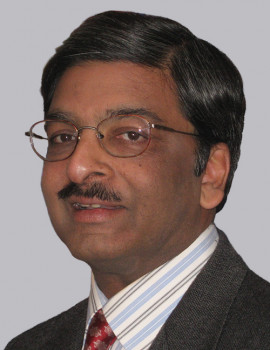 Vinod “Vinnie” Aggarwalis Travers Family Senior Faculty Fellow and Professor in the Travers Department of Political Science, Affiliated Professor at the Haas School of Business, and Director of the Berkeley Asia Pacific Economic Cooperation Study Center (BASC) at the University of California at Berkeley. He is also Editor-in-Chief of the journal Business and Politics. He has held fellowships from the Brookings Institution, Rockefeller Foundation, Council on Foreign Relations, East-West Center, Woodrow Wilson International Center for Scholars, the Japan Foundation as an Abe Fellow. He is also an elected lifetime member of the Council on Foreign Relations.

Professor Aggarwal consults regularly with multinational corporations on strategy, trade policy, and international negotiations. He has also been a consultant to various government agencies and international organizations.  In 1997, he won the Cheit Outstanding Teaching Award at the Haas School of Business for Ph.D. teaching; in 2003 he was first runner up for the Cheit Award for MBA teaching and won first place for the MBA program in 2005.

He has authored or edited 21 books including Liberal Protectionism, International Debt Threat, Debt Games, Institutional Designs for a Complex World, Asia-Pacific Crossroads, European Union Trade Strategies, The Strategic Dynamics of Latin American Trade, Bilateral Trade Agreements in the Asia Pacific, Asia’s New Institutional Architecture, Northeast Asia: Ripe for Integration?, Trade Policy in the Asia-Pacific, Responding to a Resurgent Russia, and Linking Trade and Security. His latest book is Responding to the Rise of China.  He has also published over 120 articles and book chapters. His current research examines comparative regionalism, industrial policy in cybersecurity, disaster management, and the political economy of great power competition. Dr. Aggarwal received his B.A. from the University of Michigan and his M.A. and Ph.D. from Stanford University. Born in Seattle, Washington, he speaks five languages.