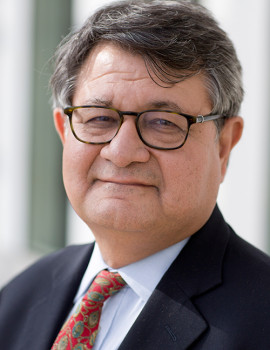 Mr Bery, based in New Delhi, is a Non-resident Fellow of Bruegel, an economic policy research institution located in Brussels. In addition to his affiliation with Bruegel, Mr Bery is a Global Fellow of the Mastercard Center for Inclusive Growth and is on the Board of the Shakti Sustainable Energy Foundation, New Delhi. He recently held a Public Policy Fellowship in the Asia program of the Woodrow Wilson International Center for Scholars in Washington DC.

For four years, (until mid-2016) Mr Bery was Chief Economist of Shell International, based in The Hague (The Netherlands). He led a team which advised the Board and senior management of Royal Dutch Shell on global economic and political developments and their impact on energy markets at a time of uncertainty for the global economy. He was part of the senior leadership of Shell’s global scenarios group, exploring pathways that would allow the world to reconcile decent living with lower carbon. While with Shell he collaborated with Indian research institutions on scenarios for Indian energy policy. (Energizing India. Sage, 2017. New Delhi)

Mr Bery had earlier served as Director-General (Chief Executive) of the National Council of Applied Economic Research (NCAER) in New Delhi, an independent economic policy research institution of around 100 staff. Its importance in shaping economic discourse in India under his leadership was recognised by its selection as a funding beneficiary under the South Asia ‘Think Tank Initiative’ supported by a consortium of international foundations.

In his decade leading NCAER Mr Bery was at various times member of the Prime Minister’s Economic Advisory Council; of India’s Statistical Commission; and of the Reserve Bank of India’s Technical Advisory Committee on Monetary Policy. Among other committee assignments he was a member of the 2008 Committee on Financial Sector Reform (Chair: Dr. Raghuram Rajan). He commented extensively in the media on economic issues, contributing a monthly column for a business newspaper.

Prior to NCAER, Mr Bery was with the World Bank in Washington DC which he joined through the Bank’s Young Professionals Program. His later work was focused on economic policy and development strategy in Latin America and the Caribbean, with country experience on Brazil, Argentina, Chile and Peru.

His professional writing includes contributions on the political economy of reform, financial sector and banking reform, and energy trends and policy. His graduate work in public policy was at the Woodrow Wilson School at Princeton, following an undergraduate degree (in Philosophy, Politics and Economics) from the University of Oxford.