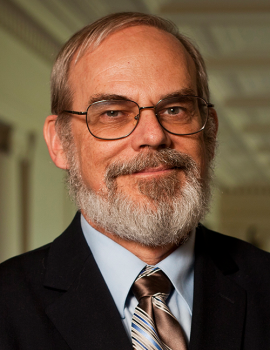 W. Eric L. Grimson, the Bernard M. Gordon Professor of Medical Engineering and Professor of Computer Science, is the Chancellor for Academic Advancement at the Massachusetts Institute of Technology. Reporting directly to President Reif, Professor Grimson is a central advisor on strategy for MIT’s capital campaign.

A member of the MIT faculty since 1984, Professor Grimson previously served as Chancellor of the Massachusetts Institute of Technology. He is internationally recognized for his research in computer vision, especially in applications in medical image analysis.

Professor Grimson received the B.Sc. (Hons.) degree in Mathematics and Physics from the University of Regina in 1975 and his Ph.D. in Mathematics in 1980 from MIT.  He is a Fellow of the Association for the Advancement of Artificial Intelligence, the Institute of Electrical and Electronics Engineers, and the Association of Computing Machinery, and holds a Doctor of Letters (honoris causa) from Dalhousie University and a Doctor of Science (honoris causa) from University of Saskatchewan.