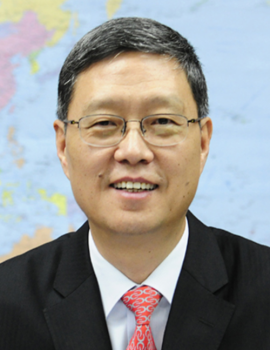 Yafei He is Distinguished Professor of Yenching Academy of Peking University. He is the former Vice Minister of the Overseas Chinese Affairs Office of the State Council.

He is a lifelong diplomat. Earlier in his career, Amb. He served as Counsellor of the Chinese Permanent Mission to the United Nations, Deputy Director General of the Arms Control Department of the Ministry of Foreign Affairs, Minister Counsellor and Minister of the Embassy of China in the United States, Director General of the America and Pacific Department, Assistant Minister and Vice Minister of the Ministry of Foreign Affairs, Representative and Ambassador of the Permanent Mission of China to the United Nations Office at Geneva and other International Organizations in Switzerland.

He graduated from Beijing Foreign Studies University, and later studied at Geneva Institute of International Relations.