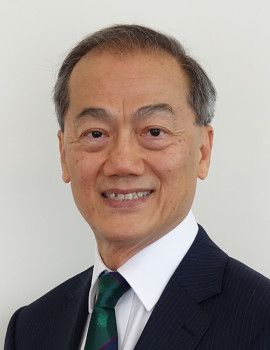 Mr. KC Kwok is the AsiaGlobal Fellows Program Director of the Asia Global Institute, and an Honorary Senior Research Fellow in the Faculty of Business & Economics at The University of Hong Kong. He was the Government Economist of the Hong Kong SAR Government (2004 – 2008) and the Regional Chief Economist of Standard Chartered Bank for East Asia (1991 – 2004).

Mr. Kwok was awarded the Bronze Bauhinia Star in 1999 and was appointed a Justice of the Peace in 2003 by the Hong Kong SAR government, in recognition of his long and dedicated public service. He also received a HKU Faculty of Social Sciences “40 Under 40 Distinguished Alumni Award” in 2007.