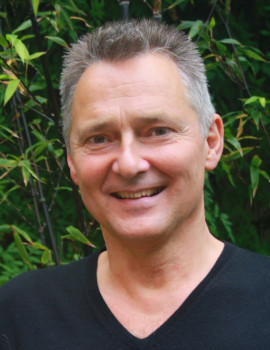 Professor Chris Webster is Dean of the Faculty of Architecture, the University of Hong Kong, and leads the HKUrbanLab. He has degrees in urban planning, computer science, economics and economic geography and is a leading urban theorist and spatial economic modeller.  He has published over 150 scholarly papers on the idea of spontaneous urban order and received over US$20M grants for research and teaching and learning projects. He was co-editor of Environment and Planning B for ten years. Books include Webster and Lai (2003) Property Rights, Planning and Markets, Cheltenham, Edward Elgar; Glasze, Webster and Frantz, (2006) Private Cities, London, Routledge; Wu, Webster, He and Liu, (2010) Urban Poverty in China, Cheltenham: Edward Elgar; and Wu and Webster (Editors) Marginalisation in Urban China. London: Palgrave McMillan; and Sarkar, Webster and Gallacher (2014) Healthy Cities: Public Health Through Urban Planning. Cheltenham: Edward Elgar. Professor Webster has nine prize-winning academic papers on urban theory.

He has many research interests on the go, including leading HKU’s Healthy High Density Cities research group. His current research agenda for this group is to establish systematic evidence for the relationship between urban configuration (planned and spontaneous) and individual health. To do this he has teamed up with the Oxford University based UKBiobank (N=500,000), the HKU LKS Faculty of Medicine’s Family cohort (N=40,000) and other national-scale epidemiology studies (N=500,000) to create large scale medical- built-environment platforms for healthy-city science. He also co-leads HKU’s One Belt One Road Observatory (OBORObs), which has the objective of modelling and predicting connectivity improvements in the Eurasian urban network and advising city governments on smart land policy to capture more of the land value uplift of OBOR infrastructure for the urban poor.