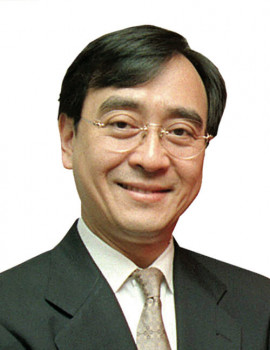 Y. C. Richard Wong is Chair of Economics and Philip Wong Kennedy Wong Professor in Political Economy at The University of Hong Kong. He received his PhD from the University of Chicago in 1981. He was Visiting Scholar at the National Opinion Research Center, University of Chicago in 1985 and at the Hoover Institution, Stanford University in 1989. He joined the School in September 1992, served as Director (1997-2000) of the School of Business, Dean (2001-04) and Acting Dean (2004-07) of the Faculty of Business and Economics, and Deputy Vice-Chancellor and Provost (2004-2010).

Dr. Wong is founding Director of the Hong Kong Centre for Economic Research (1987-) and the Hong Kong Institute of Economics and Business Strategy (1999-); a recipient of the Sir Antony Fisher International Memorial Award for his work in advancing economic research on policy issues in Hong Kong; and principal investigator of the Area of Excellence Grant in economic policy and business strategy awarded by the University Grants Committee in 1999.

He was awarded the Silver Bauhinia Star in 1999 by the Government of the Hong Kong Special Administrative Region in recognition of his contributions to education, housing, and industry and technology development. He was appointed a Justice of the Peace in 2000.